Muslims around the world are preparing to celebrate Eid al-Adha (عيد الأضحى) with their families, friends, and neighbours. The second of two Islamic religious festivals – the other being Eid al-Fitr (عيد الفطر), which marks the end of Ramadan – follows the completion of the annual Holy Pilgrimage of Hajj, one of the Five Pillars of Islam. The observance of Eid al-Adha honours Prophet Ibrahim (Abraham)’s devotion to Allah, which he proved in his willingness to sacrifice his son, Ismail.

At the point of sacrifice, Allah offered Ibrahim a ram to be slaughtered in his son’s place. The name of the holiday means the “celebration (or feast) of the sacrifice” and is commemorated by the ritual killing of an animal for meat, usually a sheep. For those who are financially able to do so, the act of Qurbani (sacrifice, قربانى) is carried out following the Eid Salah (صَلاة العيد). The sacrificed animal is divided into three parts: one share is given to those in need, another to relatives and neighbours, and the third is kept for the home.

Traditional dishes therefore tend to use mutton, lamb, or other meats. The prevalence of meat-based, savoury dishes is also the reason why Eid al-Adha is sometimes called ‘Salty Eid’, in contrast to the mostly sweet foods eaten during Eid al-Fitr. Though specific dishes may vary from region to region, it is the act of preparing food and sharing it with family and friends which proves a key part of the religious celebrations. Read on for a selection of regional, festive dishes to enjoy with your loved ones. Eid Mubarak! !عيد مبارك

Is it any surprise that dishes starring sheep meat would be popular during Eid al-Adha? Roasted lamb is one dish that really lets the meat take centre stage.

Hailing from Morocco, tagine is popular across North Africa and is often a staple during Eid al-Adha. Named after the pointed earthenware pot in which the dish is cooked, tagines bring together slow-cooked meats and vegetables to create a delicious stew.

Popular in Middle Eastern countries, Maqluba consists of layered fried vegetables, meats, and rice cooked together in a pot which is then flipped upside down and served as a cake-like dish.

Made from bulgur dough and semolina, stuffed with ground meat, spices, herbs, and nuts, these gorgeous baked meatballs are originally from Turkey and will be found at most festive occasions.

A flatbread stuffed with fillings like potato or peppers and served with yoghurt, Bolani is popular to eat during Eid, particularly in Afghanistan.

Just because it’s called Salty Eid is no excuse to bypass dessert! These Lebanese spiced, shortbread-like biscuits can be stuffed with dates, figs, spices, or pistachios.

Seviyan kheer (or sheer khurma) tends to be eaten for breakfast after Eid Salah. It is made from vermicelli, butter, milk, and sugar, along with spices and nuts. 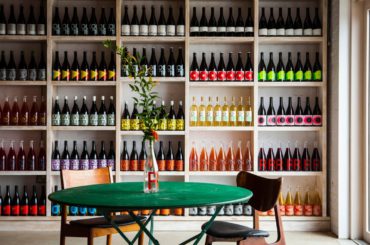 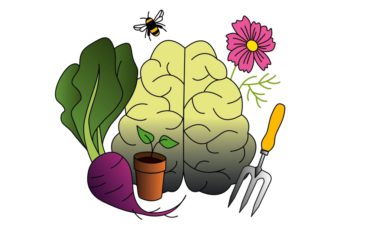 Eid al-Fitr is a time for sweetness