From a shorter supply chain to using local suppliers and better packaging, how are local businesses better for the planet than supermarket chains? Over the past decade, it has become impossible to ignore the ongoing consequences of the climate crisis, triggered and exacerbated by human actions. Recognising the part we have played in such destruction can be uncomfortable, but it is nonetheless essential to collective efforts to do better going forward.

Being conscious of the way we consume and interact with food can be overwhelming: between wanting to make eco-friendly decisions and ensuring we buy ethically, it can feel as though the odds are against the environmentally-minded consumer. A simple place to start however, is choosing to buy foodstuffs and groceries from independent, local markets and stores.

The goal should be to gradually decrease the demand for large supermarket products. Large chains and supermarkets require items to be shipped across long distances, which greatly contributes to global pollution levels. They are known for having everything you could possibly want, whenever you want it, all under one roof. This is a major problem; harvests operates in seasons, and anything you purchase out of season will have travelled a long way to get to you. Another huge point of contention is supermarkets’ notorious use of excessive plastic packaging. In the UK alone, it was revealed that leading supermarkets had created “1 million tonnes of plastic packaging waste every year” in 2018.

Shopping locally tackles these problems and avoids further growing our carbon footprint. According to the UK’s Food Trends Report as of September 2020, Brits have recently been more motivated to shop locally because of the health and fitness benefits. It is true that locally sourced foods are healthier as they will tend to be fresher and will have been in contact with fewer pesticides, hormones, and other chemicals. The resulting products will usually be more nutritious than their supermarket counterparts. Whatever someone’s reasons for buying local, the result is the same: the customer and the environment will benefit.

Buying locally also fights food waste. Larger food retailers and chain restaurants throw away a shocking amount of food; much of what supermarkets receive upon arrival will have not survived the long journey. A 2015 study revealed that the average amount of food waste from only six supermarkets amounted to 90 tonnes per store over one year, which also created 140 tonnes of air pollution (Scholz, Eriksson & Strid, 2015). By shortening the journey from farm to consumer, food waste is kept to a minimum. Buying from smaller, local vendors encourages us to buy seasonal produce, and to limit our purchases to necessary quantities rather than bulk-buying. Furthermore, with local vendors often being within walking or biking distance, customers can forgo the use of cars.

Finally, buying sustainably and locally has the perk of creating local business and job opportunities (which is a whole other reason why shopping locally is the way to go). By creating a community in which workers can avoid long distance commutes, we can collectively continue to lower our carbon footprints. Incidentally, this would also lead to communities feeling more independent and less vulnerable during a situation such as a global pandemic, where access to certain products that require shipping from afar is affected or even taken away due to borders shutting down and safety measures increasing.

Consider visiting your local grocers, shops, and restaurants to help your community, your planet, and your health. 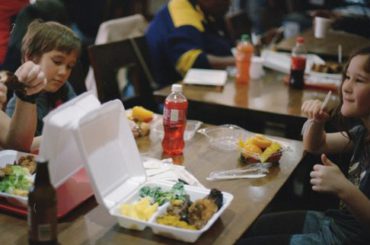 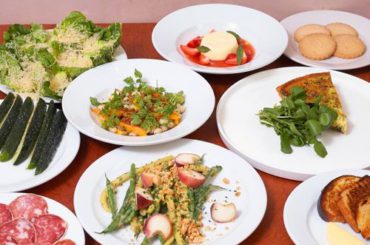 Home Meal Kits: the (not so) surprising saviour of independent restaurants 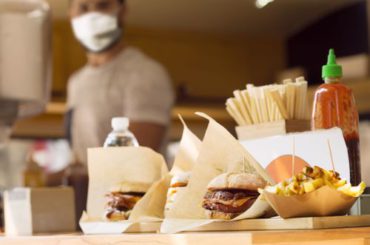