Pancake Day, Mardi Gras, or Shrove Tuesday;
What’s in a name?
That which we call an excuse to feast on crepes and pancakes,
By any other name would taste as sweet.

No matter what you call it, this holiday is a fantastic reason to indulge in stacks and stacks of pancakes, both sweet and savoury. But who to thank for the creation of this most delicious of occasions?

Enshrined in Christian tradition, Shrove Tuesday is celebrated the day before the start of Lent as a last hurrah prior to the fasting season. Eating pancakes became part of the holiday tradition because they were an easy way to use up indulgent foods – like eggs, butter, and sugar – which would generally be forbidden during the Lenten period. This ensured the items would not go to waste and that temptation was removed from the home. The word “shrove” is derived from “shrive”, a common practice in the Middle Ages where believers would confess their sins and receive absolution in preparation for Lent.

What you may not know is that, before it was associated with the Church and became known as Shrove Tuesday, it is believed that Pancake Day had its roots in a Slavic pagan holiday. Hot, round pancakes were symbolic of the sun, and thus eating pancakes was a means of harnessing its power and warmth. With this, Slavs could help Jarilo, the god of fertility, vegetation, and springtime in his battle to defeat the evil spirits of cold and darkness. His victory over these forces would mark the end of winter and the beginning of spring.

Like many other holidays, Pancake Day has today become somewhat detached from its religious roots. However, it has kept alive the spirits of excess and indulgence born out of the anticipation of Lenten austerity. Celebrations vary from region to region, but nowhere is the holiday as extravagant as in Rio de Janeiro or New Orleans. With parades, carnivals, music, costumes, dancing, partying, eating, and drinking, this occasion attracts 2 million people per day to the streets of Rio, and around 1.4 million visitors to New Orleans.

Such parties are of course suspended this year, but in no way does this mean the day itself is cancelled. You should most definitely honour this centuries-old tradition by stuffing your face with as many crepes or pancakes as you can manage.

Celebrate Pancake Day and find pancakes near you using Hawkker!

The origin and history of Afternoon Tea 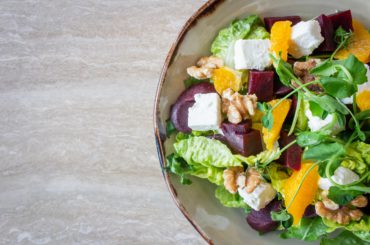