Vincenzo’s Pizza marries the classic New York-style pizza with old Neapolitan influences, using locally sourced ingredients and well fermented dough to create deliciously artisanal, 18-inch pizzas. Currently operating out of the Load of Hay pub in Watford, founder Tom Vincent is currently looking for a place to set up his own independent restaurant. Hawkker spoke with Tom about the perfect pizza, his love of travel, and starting a business in lockdown.

Tell us about how Vincenzo’s Pizza started.

I’ve been trading since last July but have been making pizza for about five years. I started off going to New York quite a bit. My girlfriend works in fashion, so she’s over in New York about five times a year and any trip that I could tag along for, I would do it! And while she was working, I was just walking around the whole of Brooklyn, Manhattan, Queens, and just eating pizza and pestering people, going to visit places, and asking people questions. All the legendary pizza joints, I would chat to them and they’d let me in the kitchen. They were showing me what flour they were using, the temperature they kept their oven at, and I was just getting obsessed with it. So I come home and I build a brick oven in my garden!

The brick oven took me about two years to research because I was working as well, but I built it and started making pizzas for my friends and family, working out my style. And then during the last lockdown, I knew my dream was to start trading and have a restaurant. I just started making pizzas and giving them away to my friends, and then to key workers and NHS staff. And suddenly people were just liking and sharing my pizzas and hounding me on how they could get one.

The demand was there – and I live in Watford, so I just went to every single pub in the Watford area and knocked on the doors. Some of them answered, some were shut, until this one pub called The Load of Hay said ‘yeah, we’d love to have you’. I bought myself a New York-style deck oven, and I just made it work. From there, the popularity just grew and grew, and it’s been going really well.

From day one, I started off doing about 60 pizzas a day, now I’m doing 100. And the demand is probably over double that. I have to turn people away every night because I don’t have much space, and my oven is too small, and I can’t fit another chef.

What would your perfect kitchen look like, once you get your own brick-and-mortar place?

I’d like to open kitchen. I’d like to build my own brick oven, but I don’t think the British laws allow you to build your own because it’s not safe. I’ll probably end up getting a PizzaMaster Electric Deck Oven, which is one of the best ones; but yeah, I’d like an open kitchen sort of inspired by Lucali’s in New York. I’d like my shop to look a bit like that, I’m going to have a hand-painted sign, candles, etc.

You’ve clearly taken many trips to New York, and your website also mentions going to Naples. So having had that pizza education, what does the ideal pizza look like to you?

My pizza is a bit like a bridge between New York and Neapolitan. It’s big, about 18 inches, and a thin base where the dough is very well fermented. That adds a lot of character, with the big bubbles in the crust that get charred. The sauce is fresh, more like a Neapolitan; it’s just tomato, salt, and basil. I use three types of cheese: two types of mozzarella, and Grana Padano.

It’s actually what I think New York pizza would have been like pre-1970s, you know, often in the 50s they started building gas ovens, but they used to have coal ovens. And a lot of the pizzamakers were from around the Naples area and had moved to New York, so from about the 1900s to the 1940s, they were basically trying to make Neapolitan pizza with what they had on hand. They didn’t have wood, they had coal; they didn’t have domed ovens, they had old bakers’ ovens; they didn’t have double zero flour, they had bread flour; they didn’t have fresh mozzarella, so they made an American version of it. So yeah, I think my pizza harks back to that era, like a bridge between modern New York and old Naples.

New York has such an interesting pizza culture, and it’s nice to see the UK right now also developing its own.

Neapolitan’s been huge in England for a long time, but I don’t see many people doing what I’m doing, with merging that New York style into it. When I get my shop, I think I’ll also be doing sandwiches at lunchtime. Hero sandwiches and hoagies, and hopefully with homemade bread.

You obviously started Vincenzo’s Pizza during lockdown, but how do you expect to adjust your business now that we’re heading out of this period?

I do expect a drop-off in takeaway, but the pub is such an amazing pub, and I expect people will keep coming and just sit down and eat in the pub. Plus we’re very lucky that there’s a beautiful Green just outside, which means when the weather’s nice people can buy our pizzas and go sit on the grass and eat in the sun. But hopefully it keeps being very busy! And I’ve built up a good online following in the last few months, which helps.

Social media is such a great tool too for restaurants, especially Instagram.

The power of social media is mad. There’s a lot of negativity around social media, but for small businesses it’s just amazing. Everyone’s supporting local and stuff, it’s so great. We’d designed T-shirts too which just flew out, everyone wanted one. I’ll get some more done with a different design.

And you know Taste Cadets? I reached out to them and sent them a custom pizza kit, and they made a proper fuss of it hyping me up. After that, I got a lot of followers and I still get people turning up because of their videos. They’re really good guys, and they’re just out to help everyone.

You can keep up with Vincenzo’s Pizza by following them on Instagram. You can also find New York or Neapolitan style pizzas near you via Hawkker. 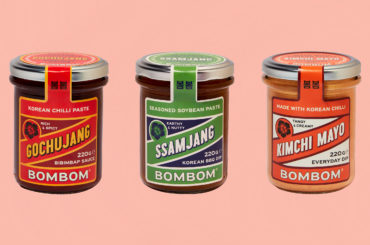 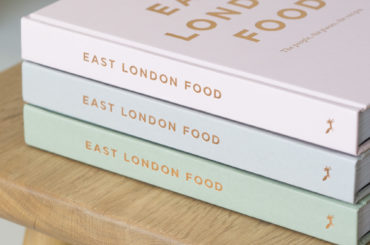 East London Food: The People, the Places, the Recipes 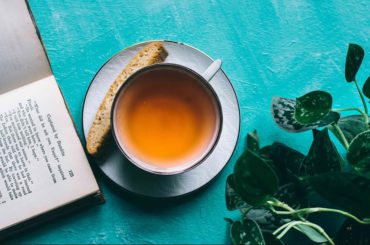 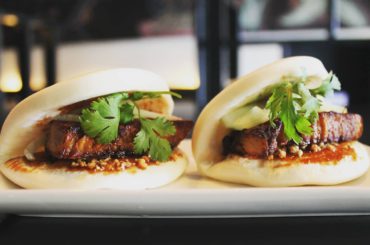